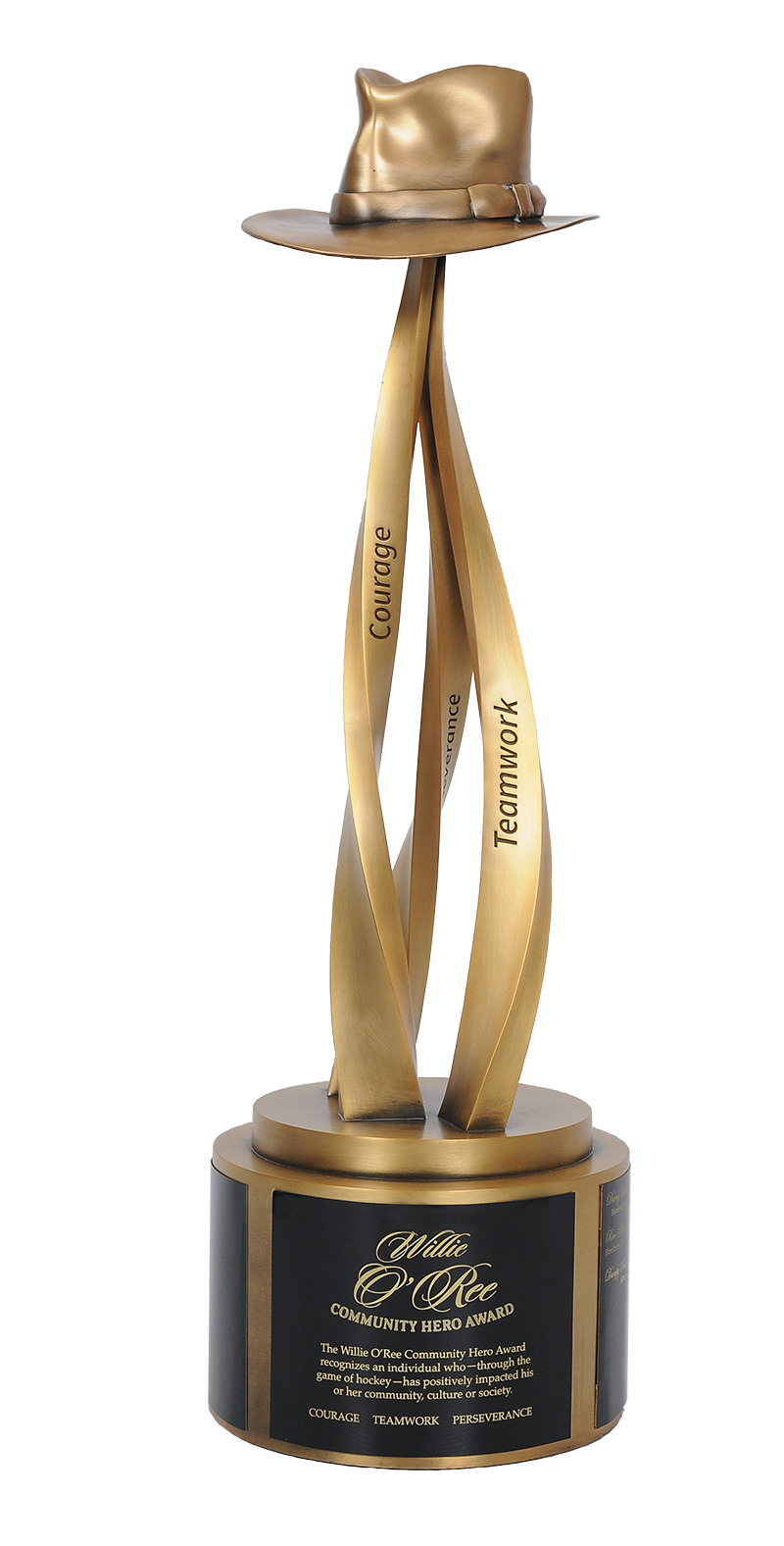 The Willie O'Ree Community Hero Award is given to someone who has positively impacted their community, culture, or society through hockey and was first awarded in 2017-18. It is named after Honoured Member Willie O'Ree, who after being the first Black player in the NHL, grew his impact on the game by serving as the NHL's Diversity Ambassador. Across North America, O'Ree has connected with young players, telling his story of overcoming racism and his disability to play the game he loved, using hockey to teach important foundations of positive values in their lives.

Nominations for this award are submitted by the public, and three finalists are selected by O'Ree in consultation with the NHL. Fans then vote for the winner.