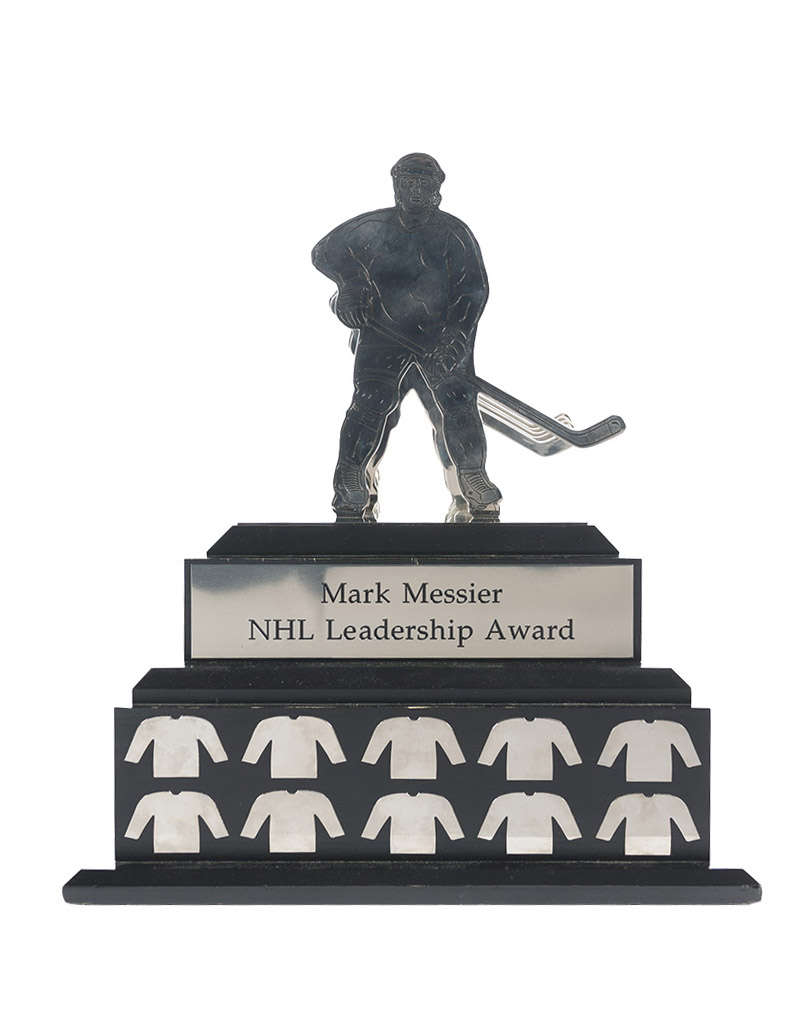 Since 2007, the Mark Messier NHL Leadership Award has showcased a player with exceptional leadership skills on and off the ice. Honoured Member Messier is a revered leader having the experience three teams, been a member of six Stanley Cup championships, and holds the distinction of being the only player in NHL history to captain two franchises to Cup wins. Nomination suggestions for this Award come from teams, personnel and fans, however, Messier is the sole decision maker.

So far, no player has won this award multiple times.