Jim Gregory GM of the Year 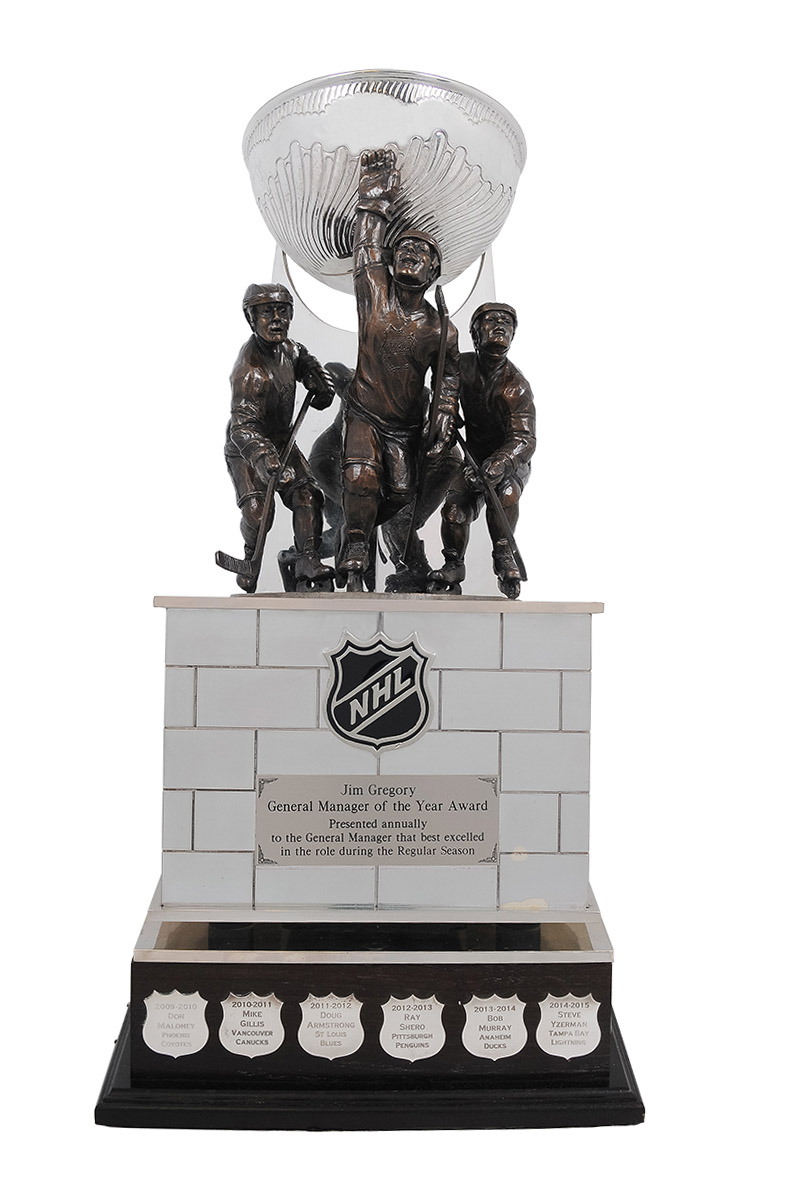 In 2010, the NHL introduced an award to recognize the General Manager of the Year. The award was re-named in honour of Honoured Member Jim Gregory after his passing in the fall of 2019. Gregory was a long-time NHL executive, and worked in management and coaching of the Toronto Maple Leafs and Vancouver Canucks organizations, and was a member the Hockey Hall of Fame’s Selection Committee for 20 years, including a stint as Chairman.

Lou Lamoriello is the only General Manager to win this award twice.