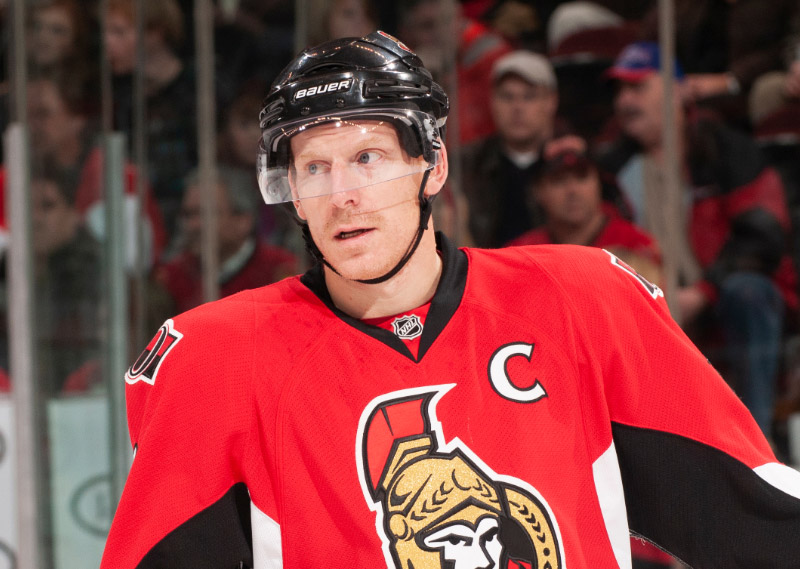 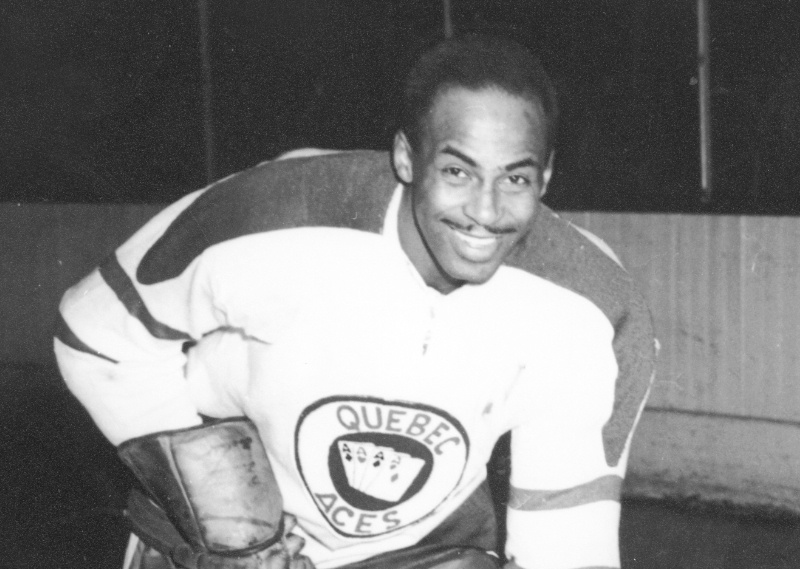 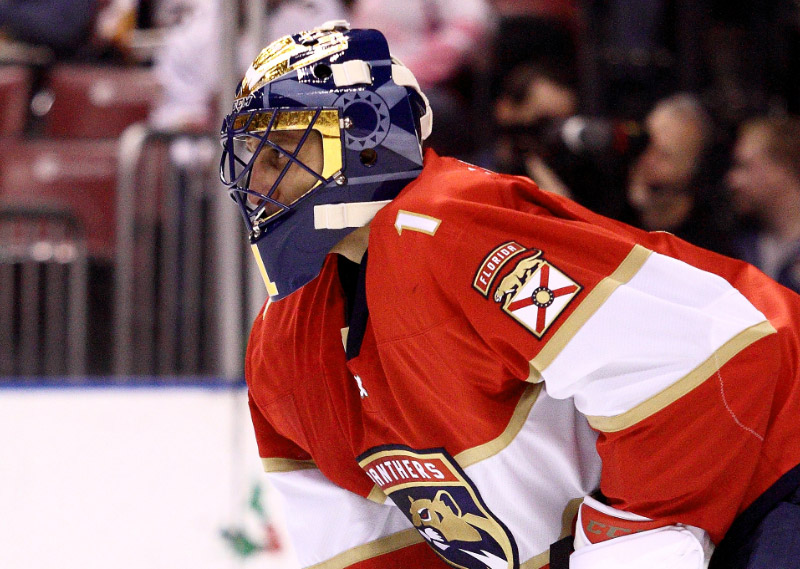 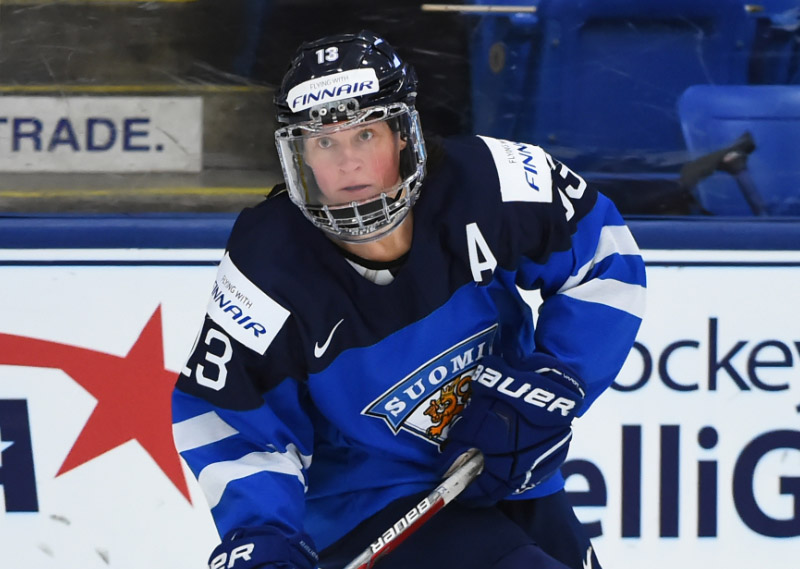 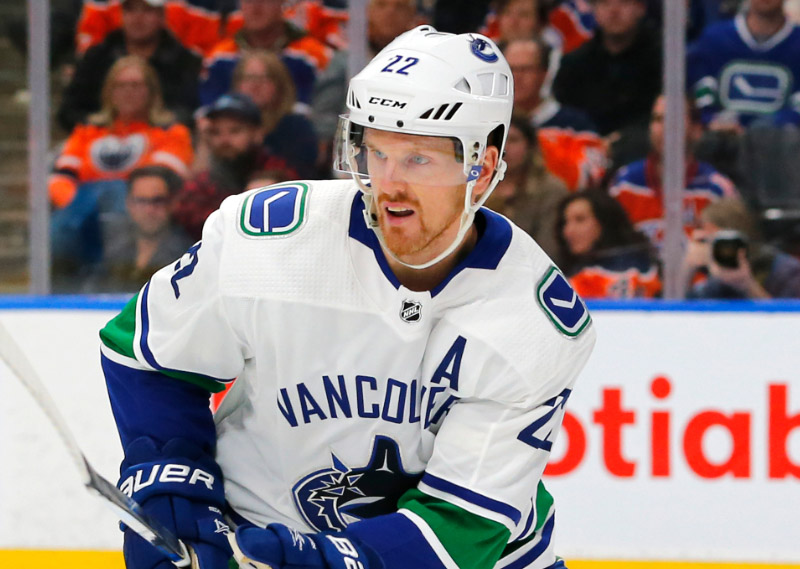 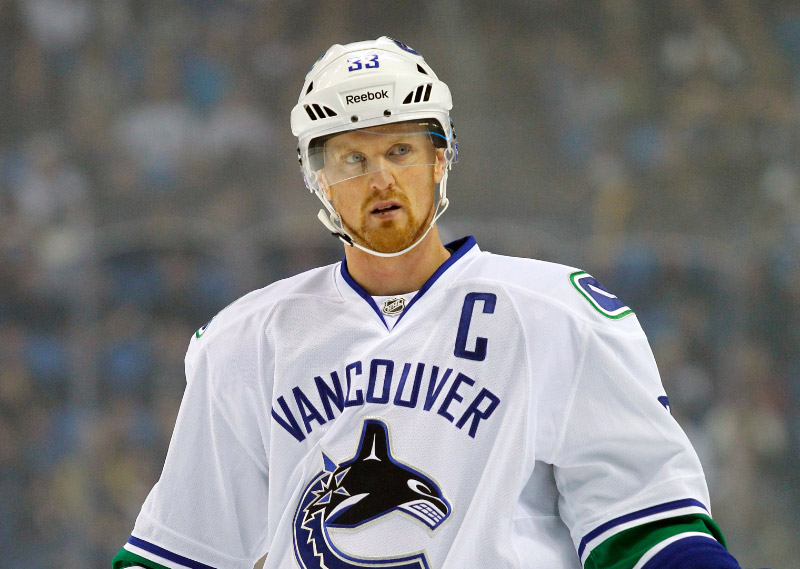 In the Builder Category, one individual was elected.

Herb Carnegie was born on November 8th, 1919 in Toronto, where he learned to play hockey and was part of an Ontario Jr. B championship team in 1937. In 1939 he headed north to Timmins to further his career in intermediate and senior hockey, competing on four Allan Cup teams. In 1944, he moved to Quebec where his Quebec Aces in 1952 won the Alexander Cup as Canadian semi-pro champions. After winning OHA senior “A” championship in 1954 Carnegie retired but tirelessly worked to further diversity in the game of hockey until his death in 2012.

In the Player Category, five individuals were elected.

Daniel Alfredsson played five years of professional hockey in Sweden before joining the Ottawa Senators for the 1995-96 NHL season, winning the Calder Trophy as Rookie of the Year. In his 17 seasons with the Senators, he owns franchise records for goals (426), assists (682) and points (1108). In addition, Daniel represented Sweden numerous times in international competition, including winning a gold medal at the 2006 Olympic Games.

“I can’t tell you what this means to me and to the City of Ottawa,” said Alfredsson. “The people in Ottawa taught me what it means to give back and to make a difference in the community. For that I am so grateful.”

A first round selection in (fourth overall) in the 1997 Entry Draft by the New York Islanders, Roberto Luongo went on to play 1044 NHL regular season games. As a member of Vancouver Canucks in 2008 he was named captain, the first goalie to hold that honour since Bill Durham with the Canadiens in 1947-48. Roberto also was a member of three Canadian Olympic teams, winning gold in 2010 and 2014.

“This is an unbelievable honour and I am grateful to be inducted,” said Luongo. “I grew up playing the sport I love and to be included in such elite company is beyond my expectations.”

Riikka Sallinen is first female Finnish player inducted into the Hockey Hall of Fame. In 227 Finnish elite league games, Riikka scored 240 goals and added 274 assists for 514 points. A three-time European Women’s Hockey Championship winner (1989, 1993 and 1995), at age 44 she also helped Finland win a bronze medal (her second) at the 2018 Winter Olympics, the oldest hockey player ever to win an Olympic Medal in ice hockey.

“I never expected this,” said Sallinen. “I know all the females in the Hockey Hall of Fame to be great players, so to be considered one of them is an honour that I can’t put into words.”

After three seasons with Modo Hockey of the Swedish League, Daniel Sedin joined the Vancouver Canucks at the beginning of the 2000-01 NHL season. The second overall pick in the 1999 Entry Draft went on to play 17 seasons with the Canucks, leading the team in scoring on five occasions. The Canucks’ career leader in goals (393), his number 22 was retired by the Canucks in 2020. Internationally, Daniel’s accomplishments include numerous medals, including a gold medal at the 2006 Olympics.

“I’m really proud of this special recognition,” said Daniel Sedin. “My brother and I came into the league together and to go in with him is extra special.”

Joining his brother as part of this year’s class, is Henrik Sedin. The former Vancouver Canuck’s storied career included winning the Hart Trophy as the NHL’s MVP in 2009-10. The Canucks’ career record holder in games played (1,330), assists (830) and points (1,070), Henrik had his number 33 retired in 2020. In international play, Henrik was on two Swedish Olympic teams, winning gold in 2006.

“I had a lot of pride playing in Vancouver and am lucky to have had the support of so many great teammates and coaches,” said Henrik Sedin. “I would like to thank the fans and everyone associated with the Canucks organization.” 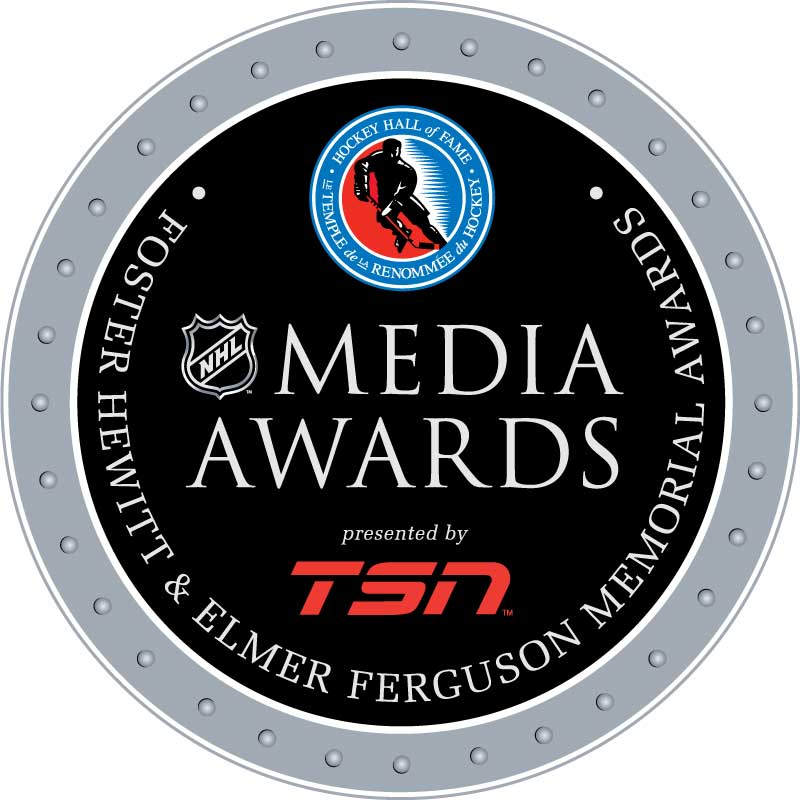 A graduate of the Boston University College of Communication, Al Morganti began his journalism career at the Boston Globe. His original voice and passion for hockey led to beat writer jobs at the Atlanta Constitution, covering the Flames, and the Philadelphia Inquirer, covering the Flyers. Currently a co-host on the WIP Sports Radio morning show in Philadelphia, Morganti also provides pre and post-game analysis for NBC Sports in Philadelphia and has covered international sporting events around the world.

“The Hockey Hall of Fame has a long history of recognizing players who were dominate forces over a concentrated period of time. Think Eric Lindros, Pavel Bure and Cam Neely. That is the level of impact Al Morganti had in hockey writing circles,” Seravalli said. “For a decade and a half, Morganti was a true difference-maker. Philadelphia Flyers’ fans were privileged to read Morganti in the morning in the Inquirer, followed by fellow Elmer Ferguson Memorial Award winner Jay Greenberg in the Daily News in the afternoon. Back and forth they went, toe-to-toe every day for 10-plus years. Morganti was a superstar staring down stringent deadlines with witty and informed copy that had enough ‘bite’ to satisfy the appetite of a hard-nosed and hockey-crazed city.”

After an 11-year NHL career as a player, including two Stanley Cup championships, Bill Clement successfully transitioned into the world of broadcasting. His knowledge of the game and ability to connect with viewers has made him one of the most recognized voices in hockey. The Quebec native has broadcast four Olympics, more than 20 Stanley Cup finals, and has been heard on ESPN, NBC, ABC, TNT, CTV, CBC and Rogers Sportsnet. 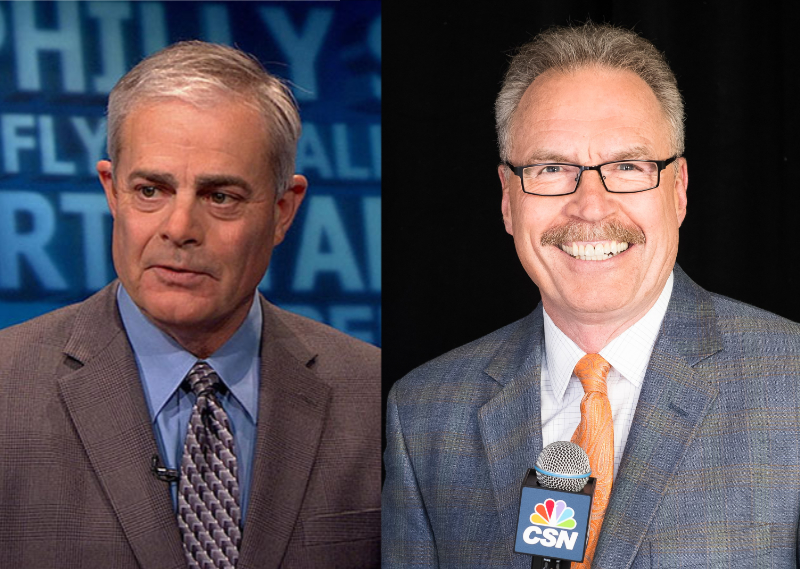 "Bill Clement's long-time consistency, glibness and professional approach to bringing hockey fans in the United States and Canada the nuances of the game make him extremely worthy of this distinction," said Kaiton. “No color analyst has done more US National broadcasts than Bill (1002), and his 21 years of covering Stanley Cup playoffs are a true credit to the quality of his work.”

Named in honour of the late Montreal newspaper reporter, the Elmer Ferguson Memorial Award was first presented in 1984 by the Professional Hockey Writers’ Association in recognition of distinguished members of the hockey writing profession whose words have brought honour to journalism and to the game of hockey.

Named in honour of the late “Voice of Hockey” in Canada, the Foster Hewitt Memorial Award was first presented in 1984 by the NHL Broadcasters’ Association in recognition of members of the radio and television industry who have made outstanding contributions to their profession and to the game of hockey.