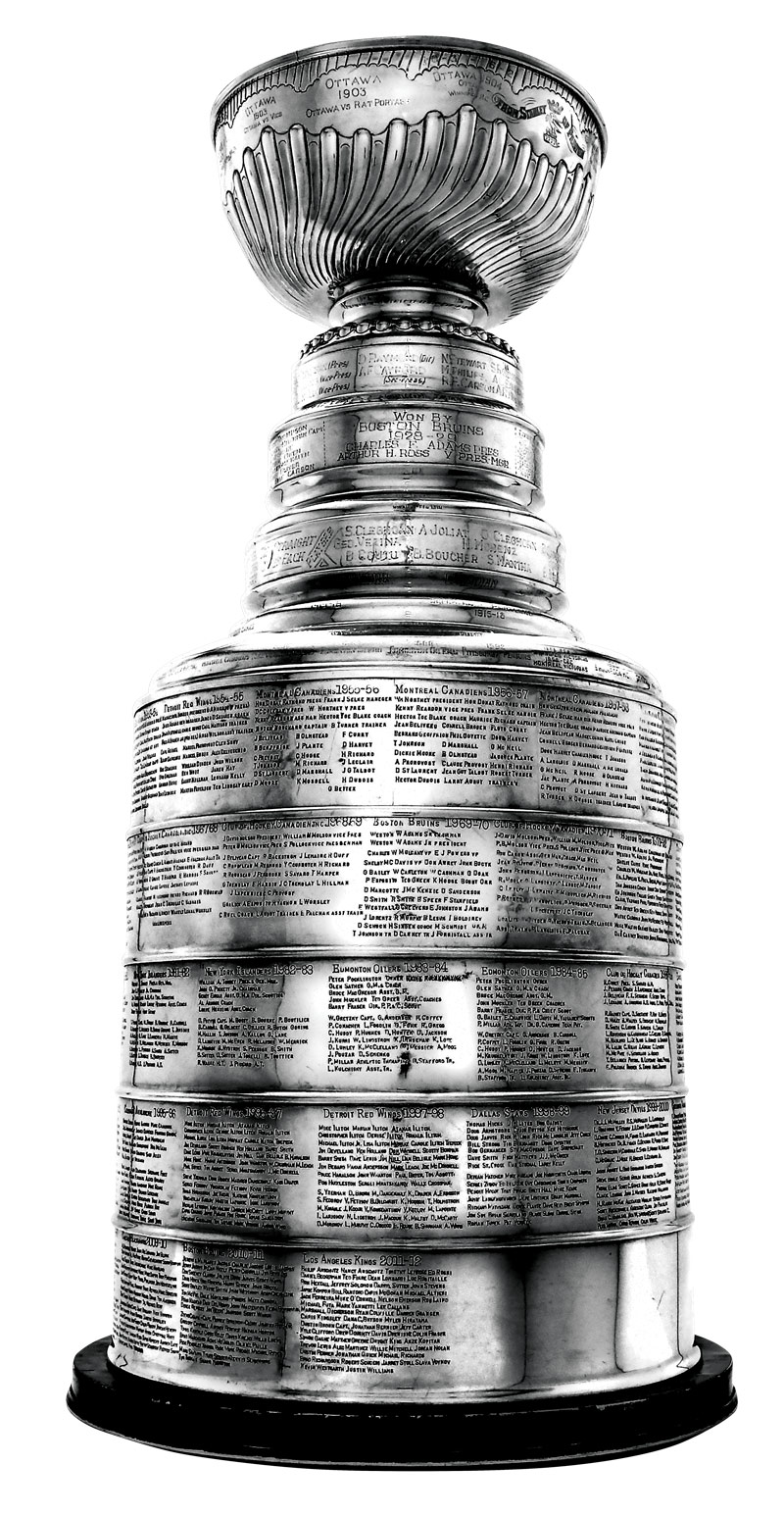 The Stanley Cup, notably the oldest trophy competed for by professional athletes in North America, was donated in 1892 by Sir Frederick Arthur Stanley, Lord Stanley of Preston and son of the Earl of Derby. He purchased the trophy for 10 Guineas ($50.00 at that time) to be presented to "the championship hockey club of the Dominion of Canada." The first team ever awarded the Stanley Cup was the Montreal Amateur Athletic Association in 1893.

Since 1910, when the National Hockey Association took possession of the Stanley Cup, the trophy has been symbolic of professional hockey supremacy. Beginning in 1926, only NHL teams have competed for this prized trophy.

The Montreal Canadiens have won a record 23 Stanley Cups since the formation of the NHL (they also won in 1916), with Toronto a distant second at 13. The Habs also hold the record for most consecutive championships with five, accomplished between the years 1956 and 1960 inclusive.

There have been numerous alterations to the Cup structure. In its infancy, tiered rings were added periodically to the bottom of the bowl. This was followed by long narrow bands in 1927 which were later replaced by uneven bands in 1947. Because the Cup is the only professional sports trophy where the name of every member of the winning team is inscribed, bands are often retired to make room for new champions. Retired bands, along with the original Stanley Cup bowl, are proudly displayed in Lord Stanley's Vault in the Esso Great Hall. Currently the Cup consists of a bowl, three tiered bands, a collar, and five barrel or uniform bands. The trophy stands at 35 ¼ inches and weighs 34 ½ pounds. (complete measurement and inscription breakdown).

Each year upon presentation of the trophy to the championship team, a summer of celebration begins, as each of the organization's players and staff enjoy 24 hours with the Cup - a tradition which has no rival in any sport. In its many years of existence, the Stanley Cup has traveled around the world, including stays in Russia, Japan, and Switzerland as well as atop mountain peaks through the Rockies and inside igloos in Canada's newest territory, Nunavut.

Overshadowing all other championship trophies in sports, the legend and glory of the Stanley Cup continues to live in the dreams of hockey players and fans alike.